Batman one of the best movie of all time, from cartoon series, tv series, and even on the big screen. Lots of people specially kids really love this movie. This movies have lots of award. Some of this are:
Batman Awards:
Academy
1989 Best Art Direction Anton Furst
1989 Best Art Direction Peter Young
Golden Globe
1989 Best Actor - Musical or Comedy Jack Nicholson
PEO
1989 Best Film (in Drama)
and more..
The 1960s Batman TV series focuses on Bruce Wayne, a multi-billionaire living in crime capital Gotham City. Bruce Wayne is Batman a crime fighting super hero that uses only his wits and some advance gadgets and vehicles to combat criminals and bring them to justice. When Bruce was just a child he's parents were murdered in front of him, because of this Bruce trained himself to become tough enough to fight thugs and criminals. Along with Bruce is Dick Grayson a former circus acrobat who became Batman's sidekick Robin, they secure Gotham from bigtime criminals such as the Joker, Penguin, Scarecrow, the Riddler and Catwoman.
Batman (1960s TV series)
The series debuted on January 12, 1966 and was marked for its high camp, and continues to be the version many associate with the Batman character despite it perhaps being least representative of the many versions.
Despite the abhorrence of the TV series by Batman's fans of the 1970s through the present day, the live-action TV show was extraordinarily popular; at the height of its popularity, it was the only prime-time TV show broadcast twice in one week as part of its regular schedule, airing on Wednesdays and Thursdays.
The hippie counterculture of the 1960s enjoyed the fact that even though they would eventually win and put the bad guys in jail, Batman and Robin portrayed the forces of "law and order" as being woefully humorless, "square", and unaware of the fact that the world was laughing at them.
The series was produced in the United States of America and debuted at 7:30, Wednesday evening, January 12, 1966 on ABC television, at a time when other popular TV series included The Andy Griffith Show and The Wild Wild West. The Batman series set a standard that identifies it as a product of the 1960s. It was known for its silly high camp humour and continues to be the version some associate with the Batman character despite it being least reflective of the Batman mythos as it is known today. (The series was very reflective of the character as portrayed in comics in the late 1950s and early 1960s.)
Archie C. Artienda is on Search Engine Marketing Team. As Search Engine Optimization Specialist (SEO) and his recent project is Old & New TV Series on DVD [http://www.dvdavenue.tv/]
Article Source: http://EzineArticles.com/341029 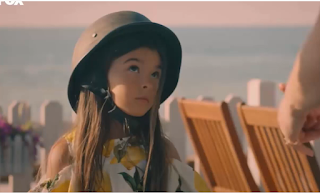 Notification
i love you :) .
Done